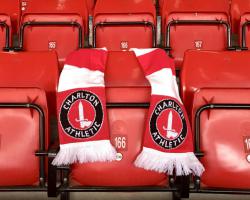 A minute's silence will be held before the match at The Valley and Charlton will donate 50 per cent of all ticket sales to PC Palmer's family.

Addicks players will give their entire match appearance fees and wear black armbands and a special match shirt which will include PC Palmer's warrant number, 'P204752', in tribute

The seat itself has been temporarily changed from red to white for the rest of the season and will bear his warrant number.

A statement from Charlton said: "Charlton Athletic's home game against Milton Keynes Dons at The Valley on Tuesday, April 4th will be dedicated in the memory of loyal supporter PC Keith Palmer, who lost his life as a result of the terror incident in Westminster last week.

"Work will then begin on placing a permanent memorial stone for Keith which will be placed alongside existing memorials behind the Sam Bartram statue at the rear of The Valley's West Stand.

"Charlton would like to thank all those supporters and members of the public who contacted the club with their ideas on how to pay tribute to Keith, all of which were taken into consideration.

"Supporters are invited to pay their respects to their fellow Addick by laying any flowers or other tributes at the foot of the Bartram statue and the club wish to extend the invite to attend Tuesday's match to the wider football community for fans across London to stand together against acts of terror and to remember all those who have been affected by the incident in Westminster."